WHAT IS CHANDIGARH URBAN FESTIVAL?

Chandigarh Urban Festival is all about people, about togetherness… about Chandigarh! It is a unique platform that brings together the entire cross section of citizens of Chandigarh through a plethora of annual activities like- City Celebration; Neighborhood Initiative; Ideas Competition & Exhibition; and Intellectual Discourses. At the core of all these activities, the festival promotes an understanding of the city as a community space; encourages urban interaction and bonding; generates belongingness to the city and also participation in the urban issues that may lead to a sustainable development for the Chandigarh Region.Everyone who loves Chandigarh and what it stands for is a natural stakeholder.

With the blessings and support of the UT Administrator, H.E., Sh. VPS Badnore, the Idea of an annual festival of the city organized by its own citizens was launched on 25 March 2018, after a long incubation period of almost two years. In its very first year the festival touched the right cord with the city and achieved significant milestones. The Ceremonial Street of Chandigarh (known a Jan Marg) and the People’s Plaza in the Capitol Complex came into the spotlight for the first time, as the venue for the city celebrations. The inaugural event in March, 2018 was called CUF -18 and the activities of second year, CUF- 19, that began with the City Celebration in Feb, 2019 are still ongoing.

As it moves through its second year, the festival aspires to expand its outreach and explore newer expressions, to carry forward the central idea. With active participation from the citizens, the UT Administration, Municipal Corporation, various Market Organisations and Educational Institutes, the organizing team is already putting together plans for CUF-20. 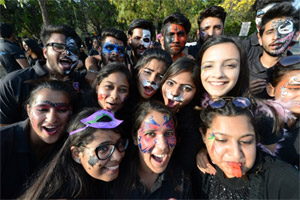 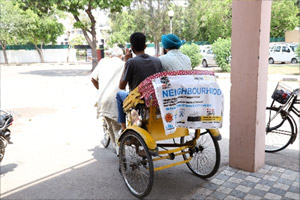 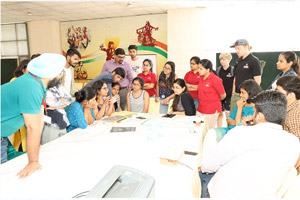 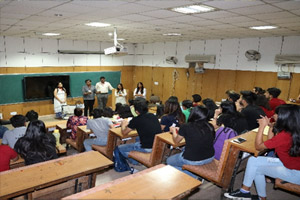